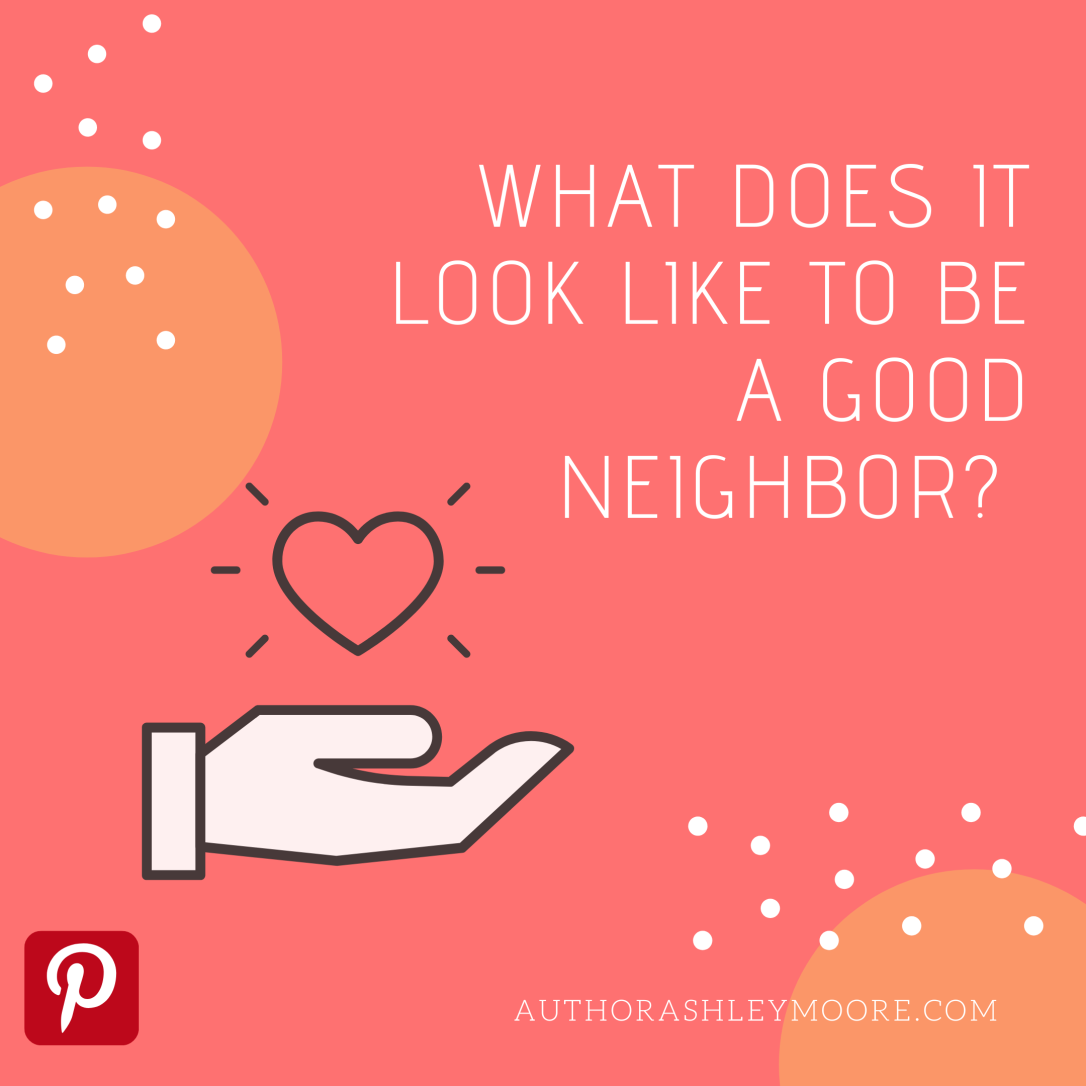 Jesus’s greatest command was to love the Lord and love your neighbor as yourself. This begs the question, what does it look like to be a good neighbor right now?

What does God’s word have to say?

In the book of Numbers, we read a story about a family from the Israelites -God’s chosen people. Zelophehad was a part of the first generation of Israelites. He died in the wilderness and left behind only daughters.

Knowing the promise of the inheritance was soon approaching and being women these daughters had an issue at hand. Their promised inheritance was being threatened by the current governing laws. They boldly took the matter to their leaders. They stood before Moses, the priests, and the whole assembly. Filled with faith, they pleaded their case and said, “Give us property among our father’s relatives.”

Let us focus on what happened next.

Moses brought their case before the Lord.

The story ends with the Lord instructing Moses on what to say to the people concerning the matter. Then God instructs them how to move forward for future similar matters.

What does this story have to do with us?

Our neighbor is being oppressed and threatened. Why?

For the color of their skin?

Not much different from the sad excuse that Zelophedad’s daughters faced.

Does the fact that they were not male disqualify them from the promises of God?

The answer I see from scripture and God’s response is an astounding no.

Church, our brothers and sisters are approaching us. They stand boldly before us. They know the glorious inheritance promised to them. The same one that has been promised to us.

As it is being threatened they’re asking us what we are going to do about it?

What would Jesus do?

As followers of Christ, it is our job to look to Jesus as our example.

In the gospel accounts, Jesus tells a story on how we can be a good neighbor.

In this story, a man was traveling when he was attacked by robbers. Left for dead on the side of the road people began to come upon the scene. The first was a priest. He passed by on the other side leaving the man. The next was a Levite. He too saw the man and passed on the other side of the road. The next was a Samaritan. He took pity on the man. He went to him, wrapped his wounds, and carried the man to an inn. At the inn, he provided for the man’s stay and promised he would reimburse any extra expense when he passed through again. Next, Jesus asked the expert in the law who was the good neighbor in the story. To which he replied the one who had shown mercy. And He leaves the reader with a command. Go and do likewise.

So how can we be a good neighbor to our hurting brothers and sisters?

When the daughters of Zelophehad approached Moses the leaders did not stop to ask if their matter was legitimate. When the Samaritan came upon the scene of this half-dead man he did not count his plans as more important. As Christians, we make a dire mistake when we decide that our religious duties ( our going to and fro in the name of serving God) is more important than our hurting brothers and sisters. Stop and cross the street.

2. Go to your power source.

Don’t know what to do? Great. Neither did Moses. So as a good leader he took the matter to God. As believers, we are connected to the ultimate source of power. We have the power to move the hand of God. Have you prayed for your hurting brothers and sisters? Have you asked God what you can do?

As we dive into the scriptures we see that God is faithful to answer those that call on His name. He answered Moses. He gave him what to do and what to say. When you live under the authority of God you can trust that when you pray, seek His face (read His word), let Him deal with your heart (repent) –He will listen. He hears, He forgives, and He heals( 2 Chronicles 7:14).

You don’t need any further permission to stop what you’re doing, cross-cultural boundaries, offer your resources ( assistance, voice, platform, donkey, gifts….whatever), and take care of God’s hurting people. Jesus tells us explicitly how we can be a good neighbor, and He tells us with the authority given to Him by God Himself that we go and do likewise. So go.

Jesus’ greatest command was to love God and love His people. We do this when we let our lives be interrupted by our brothers and sisters that are hungry for their inheritance from God. When we steward the power we have in the Holy Spirit by praying without ceasing for them. Asking God what we need to do. Then obeying whatever He says and using what He has gifted us to take care of His body. Our neighbor’s body–our body. May we all go and do likewise.

Ashley Moore is a creative coach, author, host of be the two podcast, and a passionate storyteller who spills all to remind you a faith-filled life doesn’t always equal a pain-free life. At the core of everything she writes and speaks is a message to encourage women that their most impactful and purpose-filled life occurs when they spend time with God and joyfully live in alignment with His Word—though that next step of obedience often feels scary or impossible. Ashley is familiar with pursuing a purpose-filled, impactful life all while having her hands full. She is an undeserving wife to Colby Moore and proud mama to her three kids Cypress, Sparrow & Jovee. They live a simple, southern lifestyle and spend lots of time outside amongst their wildflower patch, chickens, and fluffy Golden Retriever Ribbit. The best way to connect with Ashley is by joining her email list at ashleynicolemoore.com. View all posts by ashleymoore

4 thoughts on “What Does it Look Like to be a Good Neighbor?”

This site uses Akismet to reduce spam. Learn how your comment data is processed.